The Cargo, a prequel novella to the upcoming Half Human Saga, is releasing on June 30, and is available for Kindle pre-order now! 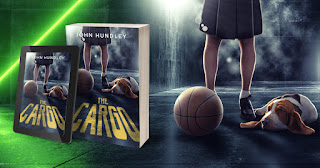 Centuries old werewolf, Clifford Crane, has a love-hate relationship with both his own reputation, which has followed him many light years from Old Earth, and the ghost of his ex-lover, who has taken up permanent residence in his mind. The reputation, at least, has finally shown its usefulness by landing him a job.

Although he dislikes, in principle, the para-military corporation controlling shipping lanes in human occupied space, they’ve offered him big bucks to handle security for a shipment of Silkies, an enigmatic race of shapeshifters who indenture themselves to the richest and highest bidders in the galaxy.

The gig seems simple. Keep them fed. Keep them safe. Keep personal contact to a minimum. The work is easy, and the crew is amiable. Plus, there is enough money in it to finally get him back on his feet. But, when he begins to encounter things that should not be there, things long forgotten from his distant past, he learns there is more to the cargo than meets the eye.