Showing posts from 2016
Show all

For the Love of Minor Characters 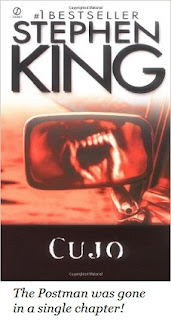 Ever fall in love with a minor character? Someone captures your imagination, or you identify with them in some unique way, and you want more of them, but, alas, it is not to be. The classic example, for me, is the postman in Stephen King’s Cujo, who the reader comes to love by way of several pages of wonderful character development, only to have his throat ripped out by the book’s protagonist minutes later. Such a waste. I have a minor character in the Red Wolf Saga whom I’ve come to love. Luke Saunders, the reluctant private eye employed by the vampire Roland Trudeau to track the comings and goings of the werewolves during daylight hours, has continued to delight me with his occasionally documented antics over the course of three novels. His life has hung in balance the entire time, and his fate remains undetermined primarily because the author (me) has such affection for his character. I just completed a re-edit of all three Red Wolf novels in preparation for an upcoming ne
Post a Comment
Read more
More posts