September 29, 2013
Hi, folks. My favorite thing about having this blog is talking about books and authors that I like, and I’ve been looking forward to featuring this particular author for a while now. During the next two weeks I’ll focus on Kristy Berridge, the Wonder from Down Under. This week we’ll look at her books. Next week we’ll have an interview! 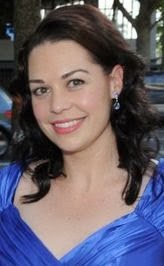 Kristy Berridge, The Wonder from Down Under

Although Ms. Berridge is in the process of publishing an interesting crowd-funded side project called Diary of a Teenage Zombie, her main body of work to-date encompasses The Hunted books. There are already two of the eventual five novels out in this paranormal fantasy/horror series which chronicles the coming of age of the vampire-werewolf hybrid Elena Manory. 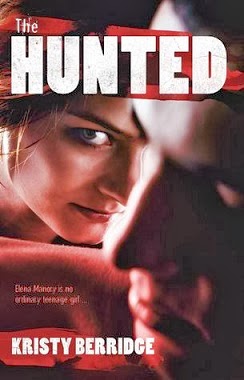 At Amazon.com
Description
Elena Manory is by no means an ordinary teenage girl. Being born with the ability to heal herself from any injury, and with the knowledge that on her eighteenth birthday she will become a Vampire, Elena is aware that she is more than a little different from other girls her age.
It isn’t until she meets William Granville, an alluring and impossibly handsome vampire, that she begins to question her destiny and what secrets the Institute of Magical Intervention and her adopted family have withheld—secrets that could change the fates of not only her own life, but of the lives of all the immortals.
As events spiral out of control, William may be the only person Elena can place her trust in. He, and Elena’s magical family, must fight to save her, joining forces to defeat a common, deadly foe. For William, it is his chance to save the girl that he has searched eternity to find.


My Review (from March, 2012)
I became aware of this author through several Facebook groups, where her posts caught my attention as occasionally witty. I likewise found her blog posts enjoyable, but was hesitant to purchase this paperback because of the hefty price tag. I couldn't bring myself to pay over $18, but I jumped at the chance to get it for half that when it finally became available for Kindle.
I wasn't disappointed. Berridge has created an interesting universe with some unique twists on the origins, traits, and capabilities of her vampires and werewolves. The book is generally well-written. It was easy to immerse myself in nearly every scene, and there is lots of action. By the time I was two-thirds through the book, I found myself unable to put it down - one of those I stayed up until the wee hours of the morning to finish.
Several things prevented me from giving it five stars, however. I did not find the main character particularly likeable, nor the inevitably hunky vampire love interest. And the propensity for Berridge to dump pages of backstory upon the reader at inconvenient times also put me off. The preface and the first chapter contain enough background information to spread over several novels, and Berridge chooses to reveal much of it while her character muses between steps as she stalks two werewolves in the opening scene, which effectively kills the suspense.
Despite those few drawbacks, The Hunted was a good read and I plan to read the next in the series, at the right price. My rating? Four stars. 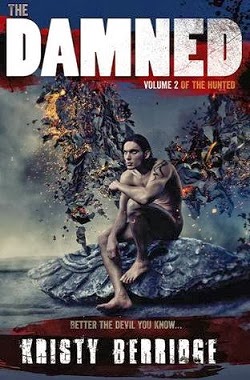 At Amazon.com
Description
Life for Elena Manory skipped past ordinary just over a month ago. Discovering she was born a practically invulnerable vampire-werewolf hybrid was shocking enough; but she’s also become a target, hunted by an Alpha werewolf known as Roshan, who’s fixated on the properties of her unique blood and the pleasurable possibilities of her flesh.
Moving to the Institute of Magical Intervention in Romania was supposed to provide her with protection and anonymity, but Elena soon realises her enemies are legion. No one is who they seem, no agenda truly without nefarious intentions.
A strange twist of fate and the actions of a vampire previously pressing for her affections lead Elena into the arms of another—one whose middle name spells trouble.
Himself a vampire, Sebastian is handsome, arrogant, and perplexingly familiar. He introduces Elena to a world she never thought possible, uncovers a past believed buried, and unearths a future she may not survive.


My Review (August, 2013)
I lost patience somewhere over the 16 months I had to wait for this sequel to The Hunted to be ready for my Kindle. And now it’s even worse, because now I have no idea how long it will be before the third book is available and I can find out how Elena’s going to get herself out of… Oh, wait. No spoilers here!
The Damned is a great second offering in this series. It starts with the introduction of a new villain and a brief warm-up/update of what’s been going on since the last book, then takes off with non-stop action until the final page. Elena has matured some over the last few months, but not enough to keep her out of immediate trouble as she tries to keep her family safe by leaving home and placing herself in the custody of the Protectors in Bucharest.
“Custody’ turns out to be the operative word, because she soon realizes that, instead of being protected, she is actually a prisoner. She manages to exacerbate the situation by alienating almost everyone with her snarky attitude and sarcastic comments. To make things worse, everyone is out for her blood… literally.
I was intrigued with how the story expanded in this book, in which more of the secret of Elena’s origins are revealed and some older, more powerful characters are introduced. Of course, there are more gorgeous, hunky male vampires (a necessary evil in these types of novels, I suppose) to create plenty of sexual tension, which makes for nice reading but emerges as a theme I’m sure will be more explored as Elena approaches her eighteenth birthday, where I bet the excrement will really hit the fan.
My rating: five stars.

So there you have it. I highly recommend you immerse yourself in this series, after which we’ll be able to share our frustrations about having to wait for the rest of the books to come out! And if you’ve already read them feel free to commiserate with me in a comment below.


Next week I’ll have an interview with Kristy. In the meantime, you can find out more about her and her work by following the links below…
Kristy's Web Site
Kristy's Blog (Very Entertaining)
Goodreads Author Page
The Hunted
The Damned
---


A note about my five-star rating system:

This is a great book. Reading it will enrich your life.

I really liked it. I’d recommend it to anyone.

I liked it. I can't recommend it due to some major flaw.

You won’t see this rating. It’s not worth the time.

It’s bad. You need to be warned.


See y’all next week. Until then, Happy Reading!