Deadlines - The Good, The Bad, The Ugly


You see, I’ve been working under a deadline lately, one that has become increasingly evident that I won’t make (unless I’m willing to greatly sacrifice the quality of my work, which I’m not). It was a self-imposed deadline, and I feel bad about it. I’ve disappointed myself and my readers. Mostly, I just don’t have anyone else to blame. 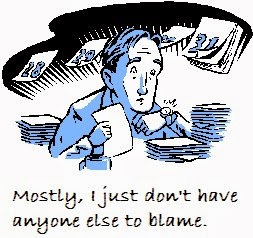 So, I had to give this some thought. What is a deadline, anyway?


A deadline can be a good thing. We all need goals, right? At least that’s what the experts say. A deadline can serve as motivation to achieve something we long for. Maybe even something that’s good for us.


And for those of us who are born slackers (yes, I did say us), if we didn’t set a date nothing would get done.


This is the easy part. The guy that coined the phrase put two very powerful words together, and one of them is dead. There’s really no need to elaborate.


The other word is line, which bears some discussion. A line is an imaginary human construct, something that separates one thing from another. We draw them on maps to show political boundaries. We draw them on fields for sports events. We see them, but they aren’t real.


It looks like you could stand on some of those lines. You know, kind of place yourself in the middle of the line so that you’re not on one side or the other. You can’t. That’s a fence. You can sit on a fence, you can only cross a line. 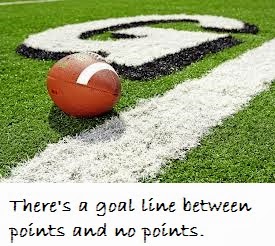 
Many of us have worked under deadlines. That’s normal, right? Your boss gives you a deadline for getting the report done or a contract completed. It might even be unrealistic and it could mean your job if you don’t meet it. But that’s your boss. He’s an asshole anyway. He’s The Man. We all have to deal with The Man. That’s life.


But, why would anyone impose a deadline on themselves? Why would someone delineate for themselves a boundary between life and death? That’s sick. 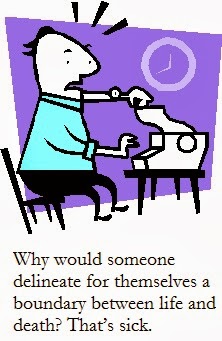 In fact, I’m done with deadlines. I’m taking the word out of my vocabulary. What word? I forgot it already.


There! I’m glad I got that off my chest. I feel so free!
And, by the way, I’ve removed my previously announced deadline of having Red Wolf Rising finished by the end of the year. I’m going to take my time and make sure the story is written right. It’ll probably be sometime in 2014.