The Old Man and the Bike

April 16, 2015
I’m the kind of person who can overdo anything and everything, good or bad. I have a long list of addictions to prove it. The acceptance of this about myself has made the last quarter century of my life an almost daily struggle for balance. I’m constantly striving for just the right mix of work, play, intellectual stimulation and down time, that will keep me from tipping the scales too far in any direction.
Take writing, for instance. It has proven a mixed blessing. Over the last five years, creating the first three books in the Red Wolf Saga has been an eye-opening, soul enriching, life changing experience for me. It has also become an obsession. Whereas I once filled as much of my free time as I could with writing, my free time has become writing time, and my free time has, well…disappeared. 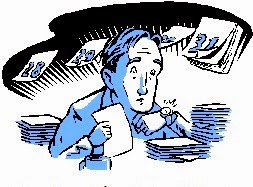 Last weekend, while rearranging some debris in my apartment (what I call cleaning), I noticed the rusting chain and flattened tires on my bicycle. I suddenly realized it had been nearly six months since I’d taken it for a spin. How could I let such a thing happen, and why?
I love the outdoors. The most precious moments in my life have been spent there. The beautiful spring weather called to me. I closed my laptop, pumped the tires, lubed the chain, and headed out across town.
The first thing I noticed when I hunkered over the handle bars was that…I couldn’t. The fifteen pounds I’d managed to add to my belly since September pressed up into my chest cavity, rendering my diaphragm useless. It took some precarious, oxygen-depleted minutes of experimentation before finding a position from which to pedal and breathe at the same time. As the dizziness receded and my vision swam back into focus, I became aware of another obstacle.
This time of year in Charlotte, pedestrians can be observed performing a strange ritual. Every twenty yards or so, they will shuffle to one side or the other while flailing their arms in the air over their heads. I call it “the web worm dance.”
These inch-long caterpillars descend from the trees on silken threads to dangle in the breeze four to seven feet from the ground. I’m not sure where they go. I’ve never seen them reach the earth, only attach themselves to clothing and hair. When walking, with experience and vigilance, you can weave your way along the sidewalk without picking up too many passengers. On a bicycle, they are impossible to avoid.
I careened through curtains of web and caterpillar, and nearly crashed several times while trying to brush them away from my face and mouth. When I stopped for a break at the Starbucks that graces the trail head of the Four Mile Creek greenway, I removed a total of twenty-three wriggling critters from my shirt and shorts. Inside, when I handed over payment for my white chocolate mocha, I noticed a little black one waving a greeting to the barista from my forearm. 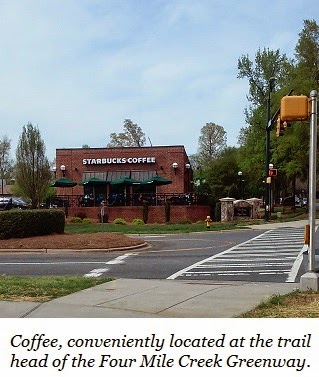 “There’s another one on your shirt,” she said.
“Where?”
“Up on your collar. No, the other side. Oh, now it’s on your neck.”
I felt in then. While my beverage was being prepared, I stepped outside and removed the two, plus another that appeared out of nowhere. I tried to ignore the ones I imagined nesting in my scalp.
But it was all worth it. I enjoyed cycling through the greenway, people-watching and nature-communing, and congratulating myself on making the correct decision for the way to spend my day. I was not the one-dimensional writer I’d feared I’d become, chained to my dimly-lit writing cubby throughout the winter. I was a multi-faceted individual. I’d achieved the balance I sought. 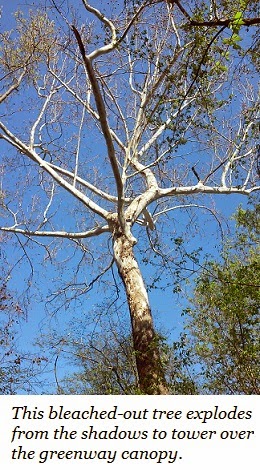 But I forgot how out-of-shape I was. I got tired.
I’ve done this more times than I care to admit. I’ve done it with walking, running, hiking, backpacking, cycling…you name it. I continue in one direction to the point of exhaustion. Then, I’m faced with the challenge of being only half-way finished. I have to turn around and cover the same distance to get home. Will I ever learn? Maybe not.
Resignedly, I lowered my shoulders – well, as low as my belly would allow – and headed home. Several hours later, I stopped at a convenience store near my apartment and stalked inside on leaden legs to stock up on soda, chocolate, and caramel, which I consumed along with half a pizza I had left over in the fridge.
Later, as I lay in bed, peering over the top of my swollen belly at something on Netflix, I realized I’d probably undone all the good from my afternoon of exercise. Sigh.


Balance? For me, it’s that place I fly by somewhere in the middle of going from one extreme to the other. 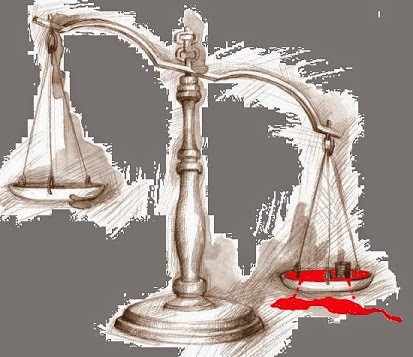