Last Week of the Holiday Giveaway


I’m happy to say I was able to give away a few books this past week, but I have plenty left. My Holiday Giveaway will continue through January 6th, and for the last week I’ll give a book to anyone who leaves a comment on this blog.


All you have to do is leave a comment at the bottom of this post (click on Comments and you’ll see how to do it), or email me at redwolfofprophecy@gmail.com. Just tell me which of my books you want and in what format and I’ll get back to you for information on how to get them to you. Happy New Year!


Rich and Ray, My Cover Guys…
2012 was a year of accomplishments for me. I finished my second-go-around college stint with a 4.0 GPA, started a new day job in a new career, and published my second novel. Last week this li'l ol' blog got its one thousandth hit. That’s a lot for a 62-year-old slacker like me, and it was done with the help and support of lots of people. In the case of getting the second novel out there, I owe a particularly large dose of gratitude to the efforts of the two dudes who handled the art work and design of the cover, my cover guys, Rich and Ray.


Yeah, I know. These are the same two I was bitching about back in August when I was ready to re-issue The Draculata Nest and publish The Dragon of Doughton Park but couldn’t because the covers weren’t ready. At the time I was second-guessing my decision not to do the covers myself. I’d hated asking for help, but I was desperate. There’d been enough negative comments about the original Draculata cover… I mean, if the people I was giving the book to were putting off reading it because the cover was so lame, who was going to take a second look while browsing the shelves? For all that, I was thinking about slapping together something on my own for Dragon anyway. I wanted to get it out there and move on to writing the final book of the trilogy.


I should have known better than to complain. Quality takes time. I certainly wouldn’t rush the writing of the book. And this week two different authors as well as a Goodreads librarian remarked on how much they liked the covers. The results speak for themselves. And Rich and Ray donated their services for free! Talk about looking a gift horse in the mouth!
So before it’s too late, before the old year counts down and disappears into the forgotten past along with my memories of past favors (as of January 1, it’s what have you done for me lately?), let me introduce you, with undeserved brevity, to a couple of remarkable individuals. 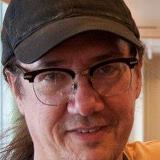 Rich and I have known each other for some time, having shared some mutual interests and even worked together on some service projects over the years. Rich’s spirit of helpfulness and willingness to be of service to others made an impression on me, but I really didn’t know much about him until a close friend got tired of my whining about how much trouble I was having designing my first cover and suggested I ask Rich for help. It turns out graphics design is his profession.
Did I mention before that I hate asking for help? Well, miraculously, I gave Rich a call to consult with him on some specific problems I was having. I mainly asked him some questions about using PhotoShop, which he answered. As you can always expect of Rich, he was very helpful. When I told him what I was doing, he offered more help. I declined.
But, when the time came to do the cover for The Dragon of Doughton Park I approached him with my tail between my legs and asked if he was still willing to be more involved. I couldn’t pay him much (actually nothing). To my amazement, he responded with an emphatic yes. The next thing I knew, he had found an artist willing to do covers for the whole series, we were discussing concepts and Websites, and I was swept up on a storm of enthusiasm that has yet to abate.
Rich approaches many things enthusiastically. I can’t go into all of them here, so I’ll share one thing that you can follow up on yourself if you care to. I’ve found it fascinating, myself. I’ve spent a lot of time hiking around the Southeastern U.S., daydreaming about what the land must have been like when it was a true wilderness. Rich is actually doing something about it. He's restoring some of the woodlands around his South Carolina home and has set up a website to record the progress and the things he’s learning as he goes. I find myself checking in regularly to see the pictures, the progress, and some of the natural history. Rich’ll throw in some poetry now and then, too. It’s surprisingly entertaining. Check it out at http://limestonegrove.org/.
Thanks, Rich. Here’s wishing you a Happy New Year!
Ray DeLotell… 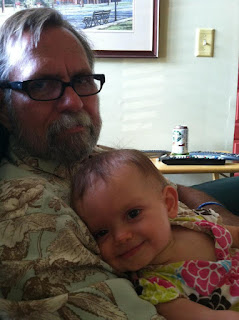 The artist Rich drew into my cover design project is Ray DeLotell. Ray is also an old acquaintance of mine. Our paths had crossed several times over the last decade. I knew he had a creative bent in that he is a singer/songwriter and plays guitar. But I did not know he was an artist until Rich told me he wanted to create something original for my covers. I was a bit skeptical (being the glass-half-empty kind of guy I am), but when I mentioned to some other friends that Ray had volunteered, they were, like, damn he’s good – you’re lucky – how’d you talk him into it?
Turns out I’d seen some of his work and didn’t know it was him. Ray’s art has appeared on everything from paving stones, to album covers, to a mural covering half the sanctuary at a local church. Ray jumped into the project feet first. He read The Draculata Nest and his fertile imagination took off from there. Before I knew it he had four or five concepts to present for the first book. I was overwhelmed with choices.
Ray’s also been an inspiration with his zest for the project and for life itself. All the while he was working on the cover for Dragon, he was undergoing weekly dialysis treatments and several rounds of chemo-therapy. In spite of the health problems, with periods of time when his body simply wouldn’t let him do much, Ray continued to produce. The covers for Draculata and Dragon are great. And you should see some of the stuff he’s working on for Red Wolf Rising. I can’t wait.
If you want to see some of Ray’s portfolio, he has a website he’s working on that features some of his stuff already. Check it out at http://www.freedreamstoker.com/ .
Here’s to you, Ray. I really, really appreciate what you’re doing. Happy New Year, and keep up the great work.

Here's the normal way to get my books...You can purchase my books through the following venues…

Click on the link to order:
ebook for Kindle
Until next time… Happy Reading!