March 09, 2014
I’ve been binging for over a month now. A reading binge, that is. Yes, I know I’m supposed to be finishing up Red Wolf Rising, not reading all the time, and I am, I swear. But all work and no play makes… Wait. Am I about to refer to my writing as work?
Nevermind. Let me explain. Check this out…
“Statistics show that most mortals sell their souls for five reasons: sex, money, power, revenge, and love. In that order.
I suppose I should have been reassured, then, that I was out here assisting with numero uno, but the whole situation just made me feel… well, sleazy. And coming from me, that was something.”
Thus begins the first chapter in Succubus Blues, and also my love affair with author Richelle Mead. I read those lines a few years back when I was browsing the paranormal/sci-fi section of a Books-a-Million while taking a break from writing The Draculata Nest. I was hooked instantly.

Succubus Blues, the first of the Georgina Kincaid series, which covers in six wonderful books the really sweet love story of the reluctant succubus and her delightful supporting cast of demons, imps, vampires, and nephilim, was Mead’s debut novel in 2007. With the scheduled release of Silver Shadows in July, she will have published a total of twenty-three novels since then. That’s prolific by any standard, and there’s not one dud in the whole lot.
In my opinion, the Georgina Kincaid series is the best adult paranormal series ever written, but Richelle has probably gained more notoriety with her YA novels. In fact, it was the impending release of the Vampire Academy movie based on her popular YA series of the same name that started me on my current Mead “binge.”

Well, to be honest, I had a Mead buzz on already from reading The Gameboard of the Gods, the first of her adult Age of X series. (By the way, I liked it. And I found it interesting for the unusual paranormal/sci-fi/dystopian genre mix and a bit of an evolution in her writing style. With Gameboard, Richelle began to shift point-of-view back and forth between characters instead of sticking to the first person narrative from a single character’s perspective in all her previous works. She continued the new trend in The Fiery Heart. It works.)

It was back at the end of January, and with the Vampire Academy movie due out in a few weeks, I decided to revisit the first couple of books in the series to refresh my memory. I had reservations about the film, based on the trailers, but I wanted to give it a chance. I was disappointed, of course. It would have done more justice to the books if HBO had grabbed it for a series like True Blood did with the Sookie Stackhouse novels or Game of Thrones has done with the Song of Ice and Fire series.
But after I finished my second reading of Frostbite, I couldn’t stop. I went back and read Gameboard of the Gods a second time. Then, I dove into Georgina Kincaid again. I just finished Succubus Revealed, and despite knowing how everything was going to end, I enjoyed the series every bit as much as I did the first time. Gods, the woman can write! 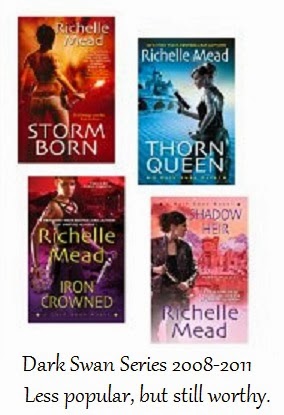 Unfortunately, there’s a downside to any binge. Reading is no exception. I am already in withdrawal, and I’ve committed to reading and reviewing a series by another author, who will remain nameless, for now, because… well, I can’t help but compare them to Richelle, which isn’t fair, and … jeez, I’m “Jones’ing” so bad…


Perhaps a little hair of the dog? 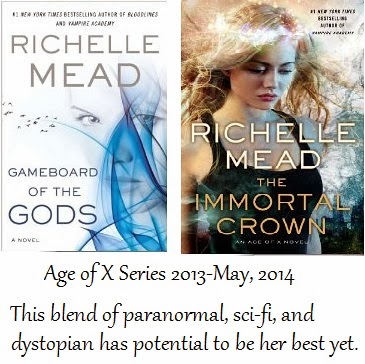 Oh, by the way, if you’re looking for a great read – and cheap – click on one of the links below to order one of my books at only $2.99!
Until then… happy reading!