February 14, 2013
It’s St. Valentines Day, and before I go any further I should send out as much love as I can possibly muster to all my friends and readers out there who take the time to follow my antics on this blog! You guys rock. I can’t say it enough. 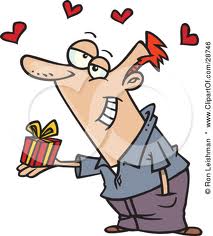 
I don’t usually do V Day. At this point in my life I’ve become a bit jaded to romance. I find it much more fun to write about than to deal with in reality, so on February 14 each year I usually hunker down somewhere and try to ignore the hoopla. But Caribou Coffee is running a 2-for-1 special to celebrate, so here I am working on the third chapter of Red Wolf Rising and observing the couples come and go. Even if I can’t embrace it, I have to acknowledge there is something in the air.


This is the one day a year set aside to pay homage to significant other in our lives, to make them feel extra special, and, if the following conversation over breakfast with a friend, who will remain anonymous for obvious reasons, is any indication…


Me:     So, are you and <insert anonymous significant other’s name here> doing       anything special today for Valentines?
Him: Oh, shit. This is Valentines Day?


… there may be some stress involved as well.


Yeah, the problem for many of us is that making an effort to make that someone feel extra special one day a year doesn’t begin to make up for lack of such effort the other 364. Going overboard with the flowers, candy, and dinner out might just keep us hanging on a bit longer.
Forgetting might be the last straw. 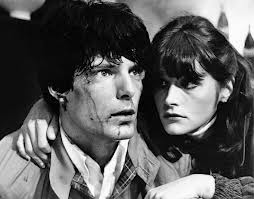 Whether you regard it as romance or just lust, love is the most popular and least understood subject on the planet. It is easy to fall into and hard to maintain. Just check out the number of self-help books on relationships. Spoken at the right moment, the phrase, “I love you,” carries as much weight as the most powerful incantation of the darkest necromancer. And once uttered, there is an obligation to prove its veracity… over and over and over.


This is not easy to do, especially for men. Typically, we lack the capacity to express our feelings in ways women understand or accept. Combine that deficiency with a roving eye (yeah, I don’t know any man who doesn’t look), and we’re faced with a serious problem. But there are techniques we can use, passed down from father to son.


None of them work.


Here’s a case in point, one of my favorite memories of my dear old departed Dad.


My Dad loved my Mom. I’m not sure my Mom realized it, considering some of the stuff they went through over 60 years of marriage, but from the perspective of a grown man, I know he did. He just had a real dysfunctional way of showing it sometimes. (Yeah, I learned from the master.)


This particular incident occurred during a family excursion to the beach. After an afternoon of playing in the surf, Dad took us to the local drive-in for milkshakes. (For those of you under a certain age, I’ll explain that drive-in’s were the precursors to today’s fast food restaurants. They were small buildings containing little more than a kitchen, surrounded by a large parking lot. Folks pulled their cars into the lot and a waitress, or carhop, came to the cars to take their orders.)


I couldn’t have been more than ten at the time, but I was old enough to know a good looking woman when I saw her, and one of the carhops at this particular drive-in was smokin’ hot. Not by today’s standards, but fifties hot. Back when there was no such thing a women’s size six. Busty. Full hips. Lots of curves. Tight blouse. Short-shorts.


My Dad saw her, too, and since he couldn’t very well hide that he noticed, he decided to use a technique he sometimes employed to try and convey to my Mom that he thought this other girl wasn’t as hot as the one he married. He tried to make fun of the carhop.


As the voluptuous brunette moved from car to car, he made witty comments about her endowments, such as “looks like two possums trying to fight their way out of a croaker sack.” I didn’t know what that meant, but I remember my Mom giggling at his comments. Dad was on a roll.


It backfired when the possums changed direction and started fighting their way towards our car.


Now, my Dad was not the shy, retiring type by any means. He was usually glib and entertaining, the life of the party. I can count on one hand the number of times I saw him get flustered. This was one of those times.


The young woman sashayed over. Dad fumbled with the handle to roll the window down. It started up a few inches before changing direction and barely making it down by the time short-shorts leaned a hip against the hood of our car, bent forward, providing a better view of her ample bosom, smacked her gum, and asked, “What can I getcha?”


Short-shorts smacked her gum. Dad held his hands up in a circle in an effort to describe what he couldn’t seem to find words for.


“… thick, uh…” He waved his cupped hands in the air, liked a frustrated mime playing charades. That’s when my Mom spoke up in a dry, condescending voice, dripping sarcasm…


Dad turned three shades of red. There was no way out. He was busted.


My memory goes blank at that point. I assume we finally got our milkshakes, but I really couldn’t say. I do know the story resurfaced at inconvenient (for Dad) times while I was growing up, always by Mom, never us kids.


And I think it was one of the motivations for the roses and candy Dad gave Mom on Valentines Days.

But, I digress. Y’all should read a couple of pretty good books I wrote. Here’s how to get them. Just click on the link for the reading format of your choice: