Hi, folks. This week’s post is a day early. My son and I are taking off for a long-overdue visit to Grandma’s this weekend. I have no guarantee I’ll be able to find a wifi connection for my laptop, so I figured I better go ahead and ‘git her done’, because…
… there’s some big news! The new book is being released officially on Halloween Day. In fact, it's availbable now on Kindle (see the link at the bottom of the page). 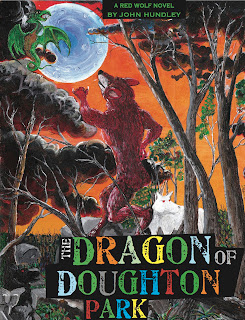 And to kick off the Halloween release of The Dragon of Doughton Park, the wonderful Mary at APageAway has organized a week long blog tour starting Monday. Check out the dates and blog stops on the cool banner she worked up!

In addition to reviews and interviews, there will be some nifty prizes given away, including the wolf-themed book marks by Fangspiration and the book itself. As you know if you’ve been following my blog, beta readers have startled me with their enthusiastic reactions to the second of the Red Wolf novels, and I’m anxiously awaiting the upcoming reviews and feedback from the general public. 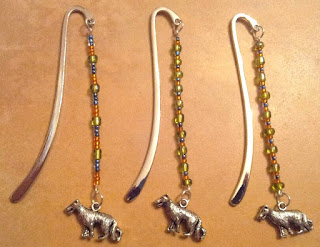 About The Author
Okay. Now that the big news is out of the way, it’s time for this week’s blog topic.


As I’ve said before, I feel fortunate to be a writer in the early days of a self-publishing revolution where someone like me can polish his craft in front of a world-wide audience of actual readers rather than against a wall of industry-hardened editors. But, in spite of the many advantages of publishing my works myself, there is one big disadvantage wherein I greatly lack the skill… marketing!


I suck at marketing. And as an author, I’m probably a publicist’s worst nightmare. I hate to brag. I’m a bit self-deprecating (I like to call it humility). And the idea of self-promotion is totally abhorrent to me. Self-deprecation is anathema on the internet, where everything is awesome and everyone the greatest.


So I wince whenever I have to fill in some information “about the author” or answer the inevitable interview prompt, “tell us about yourself.” After ducking and dodging the question several times the last few weeks, I decided to take a shot at an author bio. I’m not sure if this would work printed inside the back cover of a book or on a website, but it sums up my life pretty well…
The History of the World According to John
I was born on the first day of October in 1950, the first son of John and Patricia, in Baltimore, MD.  I got a brother a year-and-a-half later. We moved around a lot. We moved to Charlotte, NC. I started school. I barely learned to read the boring crap they taught me. We moved to Asheville, and my Mom taught me to read real books.
I fell in love with L. Frank Baum, John Fox, Jr., Edward Ormondroyd, Robert Heinlein, and Marilyn. We moved to Greenville, SC. I fell in love with Kathy, H.G. Wells, and Edgar Rice Burroughs.
I went to Junior High School. I fell in love with Cecelia, Isaac Asimov, and Jackie (sigh).
I went to High School. I fell in love with Donna, Kathy, Jane, Merrill, Jackie (again), and alcohol. I decided to become a writer.
I went to Presbyterian College. I fell in love with Cynthia, Ann, marijuana, LSD, what’s-her-name, Harlan Ellison, Eric Clapton, Jimmy Page, Jimi Hendrix, Johnny Winter, and Joni Mitchell. I left Presbyterian College and went to the University of Georgia (go Dawgs!). I fell in love with Karyn (sigh), J.R.R Tolkein, Robert Heinlein (again), cocaine, and The Allman Brothers. I tried to write.
I graduated college. I fell in love with Pat, Barbara, Dale, Carol, what’s-her-name, James Tiptree Jr., Frank Herbert, Ursula K LeGuin, Connie (OMG), Stephen King, Bruce Springsteen, Bonnie Raitt, and Kathy. I tried to write.
I married Kathy. I fell out of love with cocaine and LSD. I gave up on writing. I moved to Charlotte, NC. I moved to Salisbury, NC. I got divorced. I fell out of love with alcohol and marijuana. I fell in love with Amanda, Susan, Pam, Gerrie (sigh), Michael Crichton, Robert R. McCammon, John Grisham, Dean Koontz, Janine, and Cheri.
I moved back to Charlotte, NC. I fell in love with Caren and got married again. We had a kid. I got un-married. I fell in love with Charlaine Harris, Stephenie Meyer, Patricia Briggs, Richelle Mead, and Taylor Swift.
Oh, and along the way, I made a lot of wonderful friends and observed first-hand the never-ending, enigmatic, inexplicable miracle of life. And, I started to write again…
…and I haven’t stopped.
Okay, that’s it for this week, I guess. I hope you'll visit each of the blog tour sites this week to read about the new book and pick up a prize or two.
And remember:
All next week, while the release of Dragon is going on, the ebook price for The Draculata Nest is still only $0.99! You can purchase my books through one of the following venues. Click on the link that applies to you.
The Draculata Nest
Kindle version     Nook version     Paperback version     in Charlotte
The Dragon of Doughton Park
Kindle version
Until next time… Happy Reading!